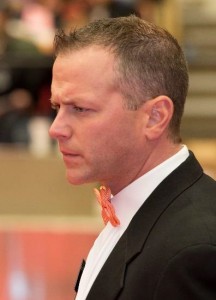 Pat Conroy lives in Angola, a little village in Indiana, USA. He is married and father of two children. Pat is in several ways involved in Holstein breeding, he is acting as judge, cowfitter and also salesman of top livestock. He judged shows in the USA, Canada and South-Africa. In 2012 Pat was associate judge at the World Dairy Expo International Junior Show, and in 2013 he was lead judge at the same Junior Holstein Show. In 2014 he was the associate judge at the World Dairy Expo International Holstein Show and he is announced as lead judge for the Red Holstein Show in 2015. Recently he judged the Brown Swiss at the Swiss Expo. Besides that he is (co)-owner of some junior champions of several breeds of the World Dairy Expo and the Royal Winter Fair. He is also owner of a couple of cows who are / were nominated for the title All-American and All-Canadian. Pat is co-owner of approximately 40 cows, in the USA, Canada, Europe (among others the famous Decrausaz Iron O’ Kalibra) and Mexico. 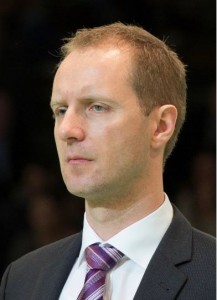 Stefan Widmer is married and father of two children. He is teacher Husbandry at the agricultural school Inforama in Zollikofen. Besides that he has, together with his parents, a mixed company with agriculture and dairy cattle in Mühledorf (SO). Since 2002 he frequently judged on regional and national shows. Stefan judged among others in Luxembourg, France, Portugal, Azores, Czech Republic, Poland and Estonia. In 2010 he judged the national Holstein Show in Bulle, and in 2013 the Open Dairy Show in Bulle. In January 2015 he judged with a lot of enthusiasm the Holstein Show at the Swiss Expo. Stefan was three times member of the selection commission for the European Show.

For more information about this press release: